Best Breweries To Grab A Craft Beer in Bucks County

Unlike most other breweries, this one offers three separate locations! All of them are located in Doyleston. Their most popular beer is the R5 lager, which is a light, smooth, and delicious lager. Doyleston Brewing Company offers a variety of IPAs, stouts, and pilsners as well. Not only do they offer a wide range of year-round selections, but they also offer numerous seasonal options as well. Furthermore, Doyleston Brewing Company offers affordable prices on all of their beers.

Mad Princes Brewing offers a wide range of seasonal and year-round beers on draft, and you can choose from IPAs, stouts, pale ales, pilsners, and other widely known styles of craft beer. Their most popular beer is the Conniption. This beer is a brown ale, which features a heavy backbone of malt and a strong hop flavor on the finish. However, this is just one of their many delicious beers, which can get for an affordable price at the brewery.

Triumph Brewing Company offers an exceptionally wide range of craft beers, which can be perfect for almost any palate. Their beers include IPAs, pilsners, pale ales, stouts, and more! Not only that, but they offer affordable prices on all of their beers. This brewery is located in New Hope, Princeton, and Red Bank. The brewery has a Bavarian-style, which fits well with the types of beers that they brew.

This brewery has a style that's similar to the speakeasies of the 1930s, and their tap selection rotates. They offer a wide range of beer styles to choose from, such as IPAs, breakfast stouts, and rye ales. You can sample their latest creation every Tuesday by sampling their "trial and error series". This brewery is located in Yardley, Pennsylvania.

The Proper Brewing Company is a neighborhood brewery that offers a wide range of exceptional beer selections along with many nights of live music and events and craft spirits and wines. Not only that, but they offer an excellent atmosphere to enjoy their exceptional beers and affordable prices. This brewery is located in Quakertown. One of their best beers is the Panther Pale Ale, which features a combination of Cascade and Simcoe Hops.

Red Lion Brewery was founded in 2013, and they offer a wide range of beers. However, their most popular beer is Komo Sutra Imperial IPA. This beer features a crisp and refreshing taste along with intense grapefruit and citrus flavors. Furthermore, they offer a pleasant atmosphere to enjoy one of their brews. The brewery is located in Quakertown.

This brewery is located in Croydon, and they offer a wide range of seasonal and year-round selections. One of their most popular beers is their Croydon Cream Ale. Their beers are unique, flavorful, and brewed with the highest quality ingredients. Their beers are also affordably priced. This brewery has been open since 2010, and they are one of the most popular Bucks County breweries.

The Broken Goblet Brewery is located in Bristol, Pennsylvania. They offer a wide range of tea-infused ales, which have an exceptionally unique flavor. Many of their beers are brewed with flavored teas. These unique brews are quite popular in the area, and they offer their beers at affordable prices. They also offer a taproom with a great atmosphere to enjoy your craft beer, which makes it one of the best breweries in town.

This brewery has two separate locations, which are in Perkasie and Peddler's Village. They offer a wide range of brews, but one of their most popular beers is the Techno IPA. This beer features an intense flavor, strong hops, and strong citrus notes. The brewery offers a wide range of beers, which include wild ales, and sour beers. This is one of the most popular breweries in the county, and they offer affordable prices on all of their beers. Furthermore, their taproom features an excellent atmosphere to enjoy a nice, cold beer. 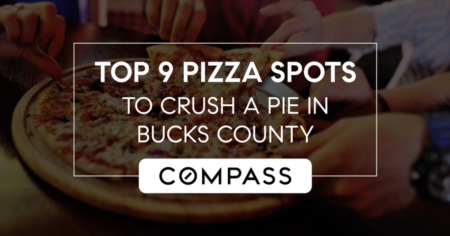 Top 9 Pizza Spots To Crush A Pie In Bucks County

There is no shortage of amazing places to grab a great pizza in Bucks County, Pennsylvania. With so many choices, the only challenging part is ...Read More 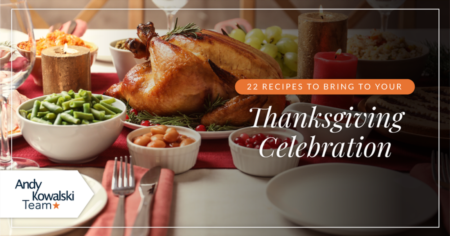 22 Recipes To Bring To Your Thanksgiving Celebration 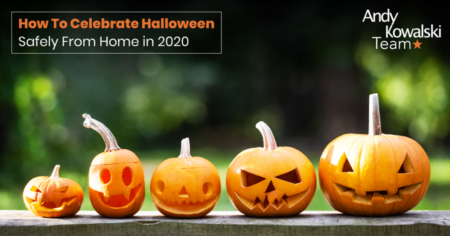 How To Celebrate Halloween Safely From Home in 2020

Many people are already feeling bummed about how the Coronavirus will potentially change - okay, ruin - Halloween 2020. But it doesn’t have to ...Read More